Highest Qualification: B.Ed., B.A., A1 & A2 in French language from Alliance Defrancais

H.E. Gudmundur Eiriksson received an Bachelor of Arts degree and a Bachelor of Science degree in Civil Engineering from Rutgers College in 1970, an LL.B. (Honours) degree from King’s College, University of London in 1973 (Jelf Memorial Medallist) and an LL.M. degree from Columbia University in 1974.

He joined the Ministry for Foreign Affairs of Iceland in 1977, with the rank of Ambassador since 1988, and served as Assistant Legal Adviser (1977-1980), Legal Adviser (1980-1996), Ambassador to Canada, Nicaragua, Colombia, Panama, Costa Rica, Ecuador, Venezuela and Peru (2003-2005), Ambassador to South Africa since 2008 (resident in Pretoria 2008-2009 and in New Delhi since 2009) and Ambassador to India since November 2009. He was appointed as the first Chairman of the Icelandic National Committee on International Humanitarian Law (2008).

Ambassador Eiriksson was a member of the United Nations International Law Commission from 1987 to 1996 (Rapporteur 1990; First Vice-Chairman 1993). He was a member of Icelandic delegations in numerous international forums, including the General Assembly of the United Nations, the Third UN Conference on the Law of the Sea (1978-1982) and the Council of the North Atlantic Salmon Conservation Organization (President 1984-1988). He is a member of the Panel of Conciliators and Arbitrators, Center for Arbitrations, Mediation and Conciliation, Dakar, the Panel of Conciliators and Panel of Arbitrators, International Centre for the Settlement of Investment Disputes, Washington, and the International Council of Environmental Law, Bonn. He is a Member of the Editorial Board of the Inter-American & European Human Rights Journal/Revista Interamericana & Europea de Derechos Humanos and of the Advisory Board of the Nordic Journal of International Law.

He is a Knight Commander of the Icelandic Order of the Falcon.

Ambassador Eiriksson was born on 26 October 1947. He is married to Thorey Vigdis Olafsdottir, social worker, psychologist and Adjunct Lecturer at the University of Iceland. They have four children. 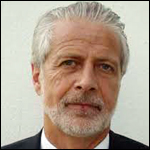 Adv. R Venkatramani has been on Senior Advocate’s panel for the Government of India in Supreme Court and appeared extensively in indirect tax cases. He is appointed as a Member, Law Commission of India in 2010. He has been appearing for the State of Tamil Nadu as a Special Senior Counsel for the past 12 years and also acting as Special Senior Counsel for the State of Andhra Pradesh. He also is retained by the Tamil Nadu Electricity Board to represent its cases before the Supreme Court and the Electricity Appellate Tribunal, New Delhi. Being engaged by the Ministry of Finance, Ministry of Railways and Ministry of Health and Family Welfare as Special Counsel. He also has acted as Standing Counsel for various Universities and Public Sector Corporations; Counsel for the Supreme Court in matters pertaining to the employees of the Court; Co-opted member of the Expert Group constituted by the Ministry of Minority Affairs to examine and determine the structure and functions of an Equal Opportunity Commission.

He was invited to be Member of the Ethics Committee of the Indian Council for Medical Research; Member cum office bearer of several Lawyers’ Associations; Life Member of Indian Society of International Law: Resource person of the Society for its Annual Summer Courses and actively participating in the Projects of the Society; Member, Indian Law Institute. He also has served as Law Member in the ‘Expert Group on Welfare Legislations’ set up by the Planning Commission of India in the year 1990; Member of the South Asian Task Force on Judiciary consisting of Members of SAARC Nations to submit reports on the conditions of Judiciary, reforms in Institutional structures and conditions of service etc with a view to enhancing rule of law and availability of efficacious legal remedies; on the Panel of the Jury invited for Public Hearings on Child Labour at New Delhi in 1997 and on Crimes on Women at Bangalore in 1999; Member of the Sub-Committee on Directive Principles of State Policy, constituted by the Commission reviewing the working of the Constitution under the Chairmanship of Justice M. N. Venkatachaliah.

He has been invited to speak at the workshop Jointly organised by the United Nations High Commissioner for Human Rights and International Commission of Jurists at GENEVA on the 4th to 6th March, 2001. The workshop was designed to submit a report to the Human Rights Commission, on the Optional Protocol to the International Covenants on Economic, Social and Cultural Rights, 1966. He also has been requested by the ICJ to coordinate with its activities in the Afro-Asian region, particularly pertaining to ICESCR. He is also associated with the International Working Group engaged in drafting an Instrument on the Right to Food following an International Conference held at BERLIN in May 2002. He also was invited to be involved in the Nepalese Constitution drafting and experience sharing exercise (2008).

He has several publications to his credit including: Books- on ‘Land Reforms’ (Co-author: 1975); ‘Judgements of Justice O. Chinnappa Reddy’ (Former Judge of the Supreme Court) published by the International Institute of Human Rights Society (1995); Volume on ‘Torts’ in the series of Halsbury’s Laws of India, published by Butterworths; Restatement of Indian Law (Public Interest Litigation) [sponsored by the Committee on Restatement of Laws – Joint Committee of the Supreme Court of India and Indian Law Institute]. He is currently working on- ‘Scope and application of International Instruments in Domestic Law making and Judicial Enforcement’ and a book on Constitutional Rights and Jurisprudence. 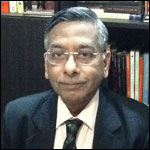 Prof. (Dr.) B.B. Pande completed his B. Sc., LL.B. and LL.M. from Lucknow University. His areas of interest are: Criminal Law, Criminal Procedure Law, Evidence Law, Criminology, Tort Law, Juvenile Delinquency, Correctional Administration Law, Human Rights Law and Jurisprudence. For the past three decades he has developed special interest and expertise in Clinical Legal Education, which involves teaching diverse Law Courses through Clinical Method. Of course, as he proudly says, ‘this is an offshoot of my basic commitment and interest in the idea of legal aid’. The Legal Service Project at the Beggars’ Court and the Pilot Project for Law Students’ Voluntary Prison Services, culminating in the monograph ‘Joy of First Release’, are the best testimony to the success of this method.

He has several academic distinctions to his name including 107 publications in national/international journals, books; 124 papers in national, international Conferences, Seminars, Workshop.

He also has held several distinguished memberships including: President, Indian Society of Criminology (ISC), University of Madras, Chennai; Member of the Executive Council, The National Law University, Delhi; Member of the Academic Council, the National University of Juridical Sciences, Kolkata and the National Law University Institute, Bhopal; Chairman, Committee for Drafting Model Rules for the Juvenile Justice (Care and Protection of Children) rules, 2007, constituted by the Min. of Women & Child Development, Govt. of India (2007); Member, National Advisory Committee on Prison Reforms, Ministry of Home Affairs, Government of India, B.P.R.&D. order July 2001 and 2005; Nominated as member as Delhi State Legal Services Authority (2001); Member, Working Group on Reforming Social Deviants and Caring for other Disadvantaged, Planning Commission, Government of India, (Dec-2000); Member, All India Prison Manual Committee, Ministry of Home Affairs, Government of India, B.P.R.&D., (Nov-2000); Expert Member, Core Group to propose amendments to the Juvenile Justice Act, Ministry of Social Justice and Empowerment, Government of India (1999); Member, Working Group to Review the Probation Services in the Country, Ministry of Social Justice and Empowerment, Government of India (1998); Co-Chairman, session on Effective Trials of Organised Crimes, organised by the UNAFE Institute (United Nations Asia and Far East Institute) in collaboration with the NICFS, Ministry of Home Affairs (December 14-16, 1998); Technical advisor to the Third Working Group of the Asia Crime Prevention Foundation (Asia Chapter), on Guidelines for Environmental Protection through Criminal Law (December 7-9, 1998); Member of the Executive Committee of the Indian Law Institute, New Delhi and elected member of the Governing Council of the Indian Law Institute, New Delhi (1997-2001); Member of the Editorial Board of the International Journal of the Sociology of Law, Academic Press (London), (1983 to present day); Member of the Board of Directors for the Research Committee for Sociology of Deviance and Social Control of the International Sociological Association (1990-94); Member, Executive Committee, Indian Association of Social Science Institutions (1989-91); Conferred membership of the International Sociological Association (1991-94); Chief-Editor, Eastern Africa Law Review, University of Dar es Salaam, Tanzania (1981-82); Member, Editorial Board, Delhi Law Review, Faculty of Law, University of Delhi (1985). 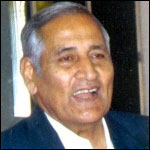 She is widely published on Indian environmental law and has articles in the Environmental Law Journal, Environmental Law Review, Transnational Environmental Law, Northern Ireland Legal Quarterly, Public Law and chapters in several books. She acted as an expert contributor and reviewer on India, Malaysia, Pakistan and Bangladesh for the 2016 United Nations Environment Programme book titled’ Environmental Courts and Tribunals: A Guide for Policy-Makers’.

In the summer of 2018, Professor Gill will be a Visiting Professor at the Vermont Law School (the USA premier environmental law centre). 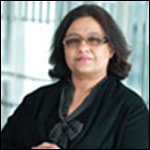