MESSAGE FROM THE SECRETARY GENERAL

It gives me immense pleasure to welcome you all to the first edition of SYM-MUN’12, after conducting two successful Intra MUNs, we present to you the much awaited National MUN organized by Symbiosis Law School, Noida.

When we talk about MUNs, many of us imagine the fancy delegate socials & the parties and increasing ones social activity, well this is the ‘thinking’ we want to change. For MUNs should be about the quality of the debate in the committees and enhancing one’s ability to handle the crisis situations with ample knowledge about the agenda’s being discussed.

Bringing to you 5 councils which will ensure high satisfaction from the committee experience & Press Corps which will lay down the new ideas of high quality reporting which has been missing in MUNs these days. This conference will be open to delegates from Undergraduate Courses all over India as well as school students of classes XI and XII.

We promise nothing other than a brilliant Model United Nations experience that you will cherish throughout.

Symbiosis Law School, NOIDA in just second year of its inception has carved a niche for itself in the academic circuits. It has become a celebrated name amongst the aspirants of professional legal education. It stands tall and holistically promotes academic excellence, intellectual discipline and professional leadership. Being a constituent of Symbiosis International University, it envisions the reputation of Symbiosis in and around Delhi, the constitutional capital of India. SLS-NOIDA is strategically located in the industrial hub of NCR thereby opening up a plethora of opportunities for the budding lawyers.

SYM-MUN’12 will be held from 20th-21st October 2012. We present to you a Model United Nations Conference that will bring alive the true concept and purpose of Model UN. SYM-MUN’12 aims at promoting formal group/panel discussions and MUNs in order to increase awareness among the youth on issues ranging from different situation! Model United Nations simulates committees in the UN, International Organizations, and regional bodies in which participants act as delegates to discuss and debate pressing international issues. Participating in Model United Nations is an excellent way to develop one’s negotiation skills, learn effective communication skills and form solutions with peers from around the world, as well as to broaden one’s perspective on a variety of international topics.

With an initiative to create a niche in the circuit of Model United Nations, an event viewed with much enthusiasm in all colleges, Symbiosis Law School, Noida had organized an Intra-School MUN “SYM-MUN '1”. It was held on 20th-21st May’ 2011 under the guidance of Dr. C. J. Rawandale, Director, Symbiosis Law School, Noida and Dr. Pooja Kapoor, Coordinator. The objective behind MUN is to acquaint the students with the underlying idea of conducting MUN and its importance in today’s global scenario. SYM MUN '1 aimed at bringing students face to face with the reality of the world outside and to inculcate practice of diplomacy and formal delegate modes of speech within the students. SYM-MUN collided with the International Youth Year 2010-2011 as such it was sponsored by United Nations. They gave the United Charters and study material on climate change. SYM-MUN '1 comprised of 2 councils of the UN viz. United Nations Security Council (UNSC) and the Group of 8 (G-8).

It was held on September 30th - October 1st 2011 in association with United Nations Information Centre for India and Bhutan. The objective behind MUN is to acquaint the students with the underlying idea of conducting MUN and its importance in today’s global scenario. SYM MUN’2 aimed at bringing students face to face with the reality of the world outside and to inculcate practice of diplomacy and formal delegate modes of speech within the students. The conference consisted of the following four committees: UN General Assembly, UN Security Council, OPEC (Organization of Petroleum Exporting Countries) and HRC.

I. JCC: SITUATION IN AFGHANISTAN

The eight-year long war in Afghanistan, aiming to eradicate Taliban influence, is again facing major setbacks. While post-war Afghanistan never realized its full stability, seeing numerous IED explosions and increased opium and drug trade economically linked to Taliban demonstrates that today’s challenges in Afghanistan are even more serious; the direct influence of Taliban has resumed its growth, and Taliban-backed insurgency is, again, on the rise. The issue, which was previously a problem exclusively in southern Afghanistan, has been spreading in all directions. North and West Afghanistan are witnessing increased Taliban influence, and the Taliban is also rapidly expanding its base into Pakistan. There is internal instability in the Pakistani state as well, which is making it even more difficult for Pakistan and Afghanistan to resist the militant infiltration. The situation demands the delegates to curve their thinking skills in such an order to relate to the situation in Afghanistan and reach to a consensus for the ensuring peace and security in Afghanistan. 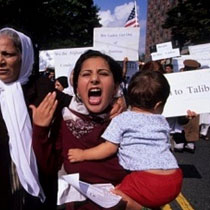 Syria’s conflict with Israel and support for the resistance in Iraq, Lebanon and Palestine, isolated Syria from the world. That isolation showed signs of easing after efforts by France to bring Syria back into the international fold in 2008, but allegations of Syria's violation of a UN ban on arming Hezbollah led to the extension of US sanctions in May 2010.Further international sanctions were imposed amid the bloody suppression on protesters in 2011-12. This is one of the major reasons for the current Human Rights situation of Syria. The extensive Violations of norms of Universal Declaration of Human Rights in Syria need to be addressed and concluded in a way that helps Syria for a Political Stability as well as ensures Human Rights of citizens of Syria. 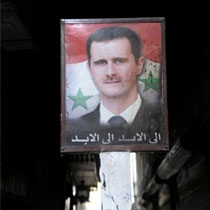 The widespread attention that bioterrorism and chemical weapons receive today is both significant and new. Up until the past decade, the prospect of someone other than a state using biological and chemical weapons was largely confined to the realm of fiction and a small cadre of bio warfare experts. The use of the toxic chemical sarin by the Japanese cult Aum Shinrikyo in the Tokyo subway system in 1995 drew the attention of both policymakers and counterterrorism experts to the possibility that at least some terrorists and other non-state actors may indeed be willing and able to engage in mass-casualty attacks using unconventional weapons. This indeed is the main factor that the world’s citizens became keenly aware of the notion that violent non-state actors might seek to use harmful biological agents in terrorist acts. It is important for the DISEC Committee to suggest countries deal with aftermath and prevention from such inhumane and harmful weapons. 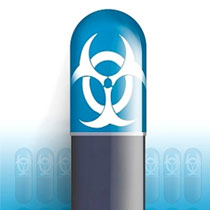 Legality of Drone may depend from One country to another. Some countries which need high security or face threat of terrorism or war may afford to hire such deadly weapons, while other nations facing a domestic conflict regarding political instability, few laws etc. cannot afford to hire such weapons. Seeing to the advantages of Drones and it’s affects it again depends from one country to another regarding Legalizing Drones. 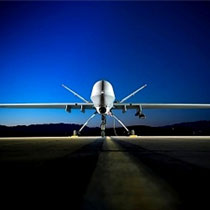 Blood and Oil share a connected and a deep history. The world has seen Middle East and North African Countries have been facing political instability and has been under conflict for a very long time. Oil has been the factor for their economic uprisings and at the same time the factor for the conflicts. Developed nations try to negotiate their issues with Middle East and show their support in this region for a future saving of oil, so that they can use their ally’s and use oil from the Middle East. 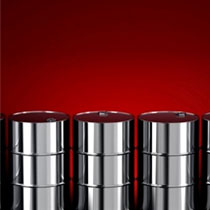 In case of any clarifications or doubts, contact us at:

Or write to us at: mun@symlaw.edu.in